Ingvild Sæther was appointed President and CEO of Teekay Offshore Group Ltd., a company that provides services to Teekay Offshore Partners L.P. and its subsidiaries, in February 2017. Ms. Sæther joined Teekay Corporation in 2002, as a result of Teekay’s acquisition of Navion AS from Statoil ASA. Since joining Teekay, Ms. Sæther has held management positions in Teekay’s conventional tanker business until 2007, when she assumed the commercial responsibility for Teekay’s shuttle tanker activities in the North Sea, and in 2011, Ms. Sæther assumed the position of President, Teekay Offshore Logistics. Ms. Sæther has over 25 years of experience in the shipping and offshore sector and has been engaged in a number of boards and associations related to the industry.

Jan Rune Steinsland was appointed Chief Financial Officer of Teekay Offshore Group Ltd. in September 2018. He joined Teekay from Songa Offshore SE where he held the role of Chief Financial Officer and brings with him 30 years of energy and offshore industry experience. Previous assignments of Mr. Steinsland’s include the CFO position at Ocean Rig and Acta Holding, as well as several senior management positions at Esso Norge and Exxon Company International. Mr. Steinsland holds Master degrees from both the University of St. Gallen in Switzerland and the Norwegian School of Economics.

Chris Brett was appointed President of Teekay Offshore Production in 2015 and leads our global FPSO business with 11 FPSOs and offices in Norway, the United Kingdom and Brazil. Mr. Brett joined Teekay from Maersk in 2011 where he was formerly Chief Commercial Officer for Maersk’s FPSO business. Mr. Brett’s FPSO, drilling and offshore experience spans many challenging projects and opportunities in the North Sea, Brazil, Australia, West Africa and the former CIS and he has a strong track record of working with large complex offshore projects and joint venture businesses. Mr. Brett has a Law degree (Honours) from the Australian National University and has completed executive education programs at both IMD and Harvard Business School.

Arne Hygen Tørnkvist was appointed Vice President Projects of Teekay Offshore Group Ltd. in March 2019. He joined Teekay from Aegir, an FPSO asset management and consulting company and brings with him 30 years of experience from the offshore industry. Mr. Hygen Tørnkvist was co-founder and CTO of both BW Offshore and Aker Floating Production. From 2012 to 2015 he served as Director of the Board of Aker Floating Production. Mr. Hygen Tørnkvist has a Masters degree in Marine Engineering and Naval Architecture from NTNU in Trondheim and has completed executive education programs at INSEAD in France.

Duncan Donaldson joined the Teekay Group and was appointed General Counsel of Teekay Offshore Group Ltd., a company that provides services to Teekay Offshore Partners L.P. and its subsidiaries, in January 2018. Mr. Donaldson is a UK national and has been a qualified lawyer in England and Wales since 2005. Throughout his career Mr. Donaldson has specialized in the Energy, Transportation and Infrastructure sectors, first in private practice with Linklaters LLP in London and subsequently in a variety of legal roles within the offshore business units of the A.P. Moller-Maersk Group. Most recently Mr. Donaldson served for 3 years as Chief Legal Counsel, North and South America for Maersk Drilling based in Houston, during which time he was also registered as a Foreign Legal Consultant with the State Bar of Texas. Mr. Donaldson has a BA (Hons) degree from Cambridge University and completed his post-graduate legal education at Nottingham Law School.

May-Brit Johnsen has over 20 years of experience in the areas of Human Resource Management, Organizational Development, and Leadership Development. She joined Teekay in 2001, as a Human Resources Specialist, and was promoted to HR Manager in 2006 upon taking on the overall responsibility for Human Resources for Teekay Offshore Logistics’ operations office in Grimstad, Norway. In 2009 she was appointed the Lead HR role for Teekay Offshore Logistics in Stavanger, Norway. In 2018, she assumed responsibility for Leadership and Organizational Development for Teekay Shipping Norway AS. Mrs. Johnsen has a Master of Arts from the University of Stavanger and the Norwegian Business School, with majors in Human Resources and English.

Bill Utt was appointed Chairman and Director of Teekay Offshore GP L.L.C., the general partner of Teekay Offshore Partners L.P. in June 2017. Mr. Utt brings over 33 years of engineering and energy industry experience on the Board. From 2006 until his retirement in 2014, he served as Chairman, President and Chief Executive Officer of KBR Inc., a global engineering, construction and services company. From 1995 to 2006, Mr. Utt served as the President and CEO of SUEZ Energy North America and President and CEO of Tractebel’s North American energy businesses. Prior to 1995 he held senior management positions with CRSS, Inc., which was a developer and operator of independent power and industrial energy facilities prior to its merger with Tractebel in 1995. More recently, until June 2019, Mt Utt served as a Director and Chairman of Teekay Corporation and as director of Teekay GP L.L.C., the general partner of Teekay LNG Partners L.P. Mr. Utt also currently serves as a member of the Board of Directors for Brand Industrial Holdings Inc., a Clayton, Dubilier & Rice, LLC portfolio company.

Ian Craig was appointed director of Teekay Offshore GP L.L.C. in June 2017. He has served in various executive positions in Shell, most recently in Nigeria where he was an Executive VP for Sub Saharan Africa and in Russia where he was CEO of Sakhalin Energy, an incorporated joint venture of Gazprom, Shell, Mitsui and Mitsubishi. Prior to that Mr. Craig was a Board member and Technical Director of Enterprise Oil plc until its acquisition by Shell in 2002. He had earlier held executive management positions with other E&P companies including Sun Oil and BP. Since retiring in 2013, Mr. Craig has also previously served as a non-executive director of Petroceltic plc and as a Special Advisor to OMV’s supervisory board.

Kenneth Hvid was appointed director of Teekay Offshore GP L.L.C. in 2011. He joined the board of Teekay Corporation on June 10, 2019 and has served as President and CEO since 2017. Mr. Hvid has served as a director of Teekay Tankers Ltd since 2017 and reappointed a director of Teekay GP L.L.C. in 2018, having served as a director previously from 2011 to 2015. Mr. Hvid was appointed Chairman of Teekay GP L.L.C. on May 29, 2019 and Chairman of Teekay Tankers Ltd. on June 12, 2019. He joined Teekay Corporation in 2000 and was responsible for leading its global procurement activities until he was promoted in 2004 to Senior Vice President, Teekay Gas Services. During that time, Mr. Hvid was involved in leading Teekay Corporation through its entry and growth in the liquefied natural gas business. He held that position until the beginning of 2006, when he was appointed President of the Teekay Navion Shuttle Tankers and Offshore division. In that role, he was responsible for Teekay Corporation’s global shuttle tanker business as well as initiatives in the floating, storage and offtake business and related offshore activities. Mr. Hvid served as Teekay Corporation’s Chief Strategy Officer and Executive Vice President from 2011 to 2015, and as President and CEO of Teekay Offshore Group Ltd., from 2015 to 2016. Mr. Hvid has 30 years of global shipping experience, 12 of which were spent with A.P. Moller in Copenhagen, San Francisco and Hong Kong. In 2007, Mr. Hvid joined the board of Gard P. & I. (Bermuda) Ltd.

Craig Laurie was appointed director of Teekay Offshore GP L.L.C. on September 12, 2018. He is a Managing Partner in Brookfield’s Private Equity Group overseeing Capital Markets, Finance and Planning. Mr. Laurie joined Brookfield in 1997 and has held a number of senior finance positions across the organization, including Chief Financial Officer of Brookfield Business Partners. Prior to joining Brookfield, Mr. Laurie worked in restructuring and advisory services at Deloitte. Mr. Laurie is a Chartered Professional Accountant and holds a Bachelor of Commerce from Queen’s University.

Jim Reid was appointed director of Teekay Offshore GP L.L.C. in September, 2017. He is a Managing Partner and a Chief Investment Officer in Brookfield’s Private Equity Group. Mr. Reid is responsible for originating, evaluating and structuring investments and financings in the energy sector and overseeing operations in Brookfield’s energy segment. He established Brookfield’s Calgary office in 2003 after spending several years as a Chief Financial Officer for two oil and gas exploration and production companies in Western Canada. Mr. Reid obtained his Chartered Accountant designation at Price WaterhouseCoopers in Toronto and holds a Bachelor of Arts in Commerce from the University of Toronto.

Denis Turcotte was appointed director of Teekay Offshore GP L.L.C. on September 12 2018. He is a Managing Partner in Brookfield’s Private Equity Group, responsible for business operations. Mr. Turcotte joined Brookfield’s Private Equity Group in 2017, prior to which he served as a member of the Brookfield Private Equity Advisory Board for 10 years and as a member of the Brookfield Business Partners’ Board of Directors from 2016 until 2017. Prior to joining Brookfield, Mr. Turcotte held several roles, including Principal with North Channel Management and Capital Partners, CEO of Algoma Steel, President of the Paper Group and EVP Corporate Development and Planning with Tembec. Mr. Turcotte holds a Bachelor of Engineering from Lakehead University and an MBA from the University of Western Ontario. 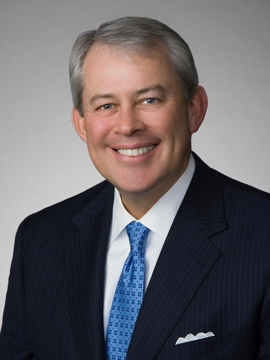 Bill Transier was appointed director of Teekay Offshore GP L.L.C. on March 11, 2019. Mr. Transier is the Chief Executive Officer of Transier Advisors, LLC, an independent advisory firm and has served as an independent director of Helix Energy Solutions Group since 2000 and as its chairman since July 2017. Since October 2018, Mr. Transier has also served as a member of the board of directors of Sears Holding Corporation and as a member of its restructuring committee and restructuring subcommittee of the board. Mr. Transier served on the boards of directors of Gastar Exploration Inc. from August 2018 to February 2019, CHC Group Ltd. from 2016 to July 2017, Paragon Offshore Plc. from 2014 to July 2017 and Cal Dive International, Inc., a publicly traded company that was formerly a subsidiary of Helix, from 2006 to 2012, including as the lead director from 2009 to 2012. Mr. Transier was the co-founder of Endeavour International Corporation, an international oil and gas exploration and production company. He served as non-executive Chairman of Endeavour’s board of directors from 2014 until 2015, as Chairman, Chief Executive Officer and President of Endeavor from 2006 to 2014 and as co-Chief Executive Officer from formation in 2004 through 2006. Mr. Transier also served as Executive Vice President and Chief Financial Officer of Ocean Energy, Inc. from 1999 to 2003 and prior to that, he served in various positions of increasing responsibility with Seagull Energy Corporation (a predecessor company to Ocean Energy). Before his tenure with Seagull, Mr. Transier served in various roles, including partner, in the audit department and head of the Global Energy practice of KPMG LLP. Mr. Transier has a BBA degree from the University of Texas, an MBA from Regis University and is a Certified Public Accountant.

Gregory Morrison was appointed director of Teekay Offshore GP L.L.C. on July 8, 2019. Mr. Morrison has more than 35 years of experience in the insurance and reinsurance industries. He served as CEO of Trisura Group Ltd. (TSX:TSU) and Platinum Underwriters Holdings Ltd., previously traded on the NYSE, both multi-line insurance and reinsurance companies. Mr. Morrison also served as CEO of London Reinsurance Group Inc. and Imagine Group Holdings Ltd, reinsurers in the life and property casualty markets. Mr. Morrison currently sits on a number of boards including Trisura Group Ltd., Aetna Life & Casualty (Bermuda) Limited, Weston Insurance Holdings Corporation, Aspen Bermuda Limited, Multi-Strat Holdings and various international subsidiaries of Brookfield Asset Management. He is a Fellow of the Society of Actuaries (retired) and is an active member of various audit and risk committees.

Visit Site
By using this site you agree to the use of cookies for analytics and personalized content.AcceptRead more